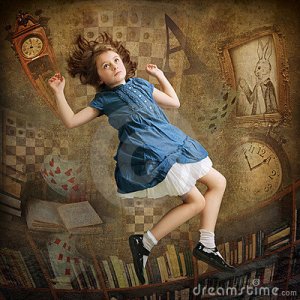 stock image of Alice falling down the rabbit hole Dreamstime

Life is full of good intentions.  At least mine is.  I make “to do” lists.  I keep my calendar handy.  I manage to get to my appointments and often combine those trips with a stop by the grocery store or the gas station or the bank.  I come home full of excitement about getting at the dirty dishes or writing.  Then something happens…..   I fall through the rabbit hole.

Sometimes it’s just physical.  All my good intentions don’t do anything once my back is done standing.  Sometimes I’m just a lot more worn out from those errands than I might have anticipated.  Sometimes a girl’s just got to have lunch RIGHT NOW!  Once I’m “off task”  I don’t seem to get back on.  One distraction leads to another.

Or maybe I’m just interrupted, for good or ill.  I get lucky on occasion.  Once in a while when I’ve got “make a phone call” on my list, the person (my mother) or the office (doctor) calls me before I get around to it.  It’s like getting a free check mark on my list.   More often though it’s someone who called to “chat”, probably who I haven’t talked to in awhile.  (I’m not really good at “keeping in touch”.)  Once we get on the phone one thing leads to another.

This weekend for instance.  I put an apple in the oven to bake for an evening snack.  I didn’t bother to turn on the timer, all I was doing was watching TV and if it didn’t smell done before that it would be done when the show ended.  Then the phone rang.  Four hours (it might have been five) when I finally pulled the apple out of the oven it was charcoal.  Maybe I should have taken a picture. 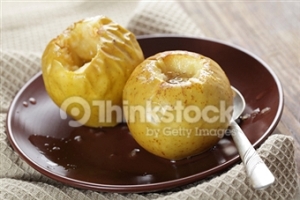 A frequent rabbit hole for me is Facebook.  I’ll run through my feed, “like” posts, write comments and click on interesting links until I have a long line of tabs.  Pretty soon I’m reading about some new nutritional supplement or a celebrity commenting on social issues or reading a blog – which then leads me to the other blogs I read – which then calls for responses and comments to blogs – which reminds me to check this one…….    down the rabbit hole.

The Netflix/Hulu/cybersave full season TV shows are another trap.  It’s one thing to “catch-up” on last week’s one hour episode.  It’s another thing when full seasons (and multiple seasons) become available.  I watched Orange is the New Black in about 2 days.  New episodes are due in January.  Maybe I can schedule a rabbit hole weekend.  My evil self convinced me to take a look at Torchwood.  I loved Captain Jack Harkness in Dr. Who and am a fan of John Barrowman, so why not?

What’s not to like? Oh yea, that: WARNING This image may only be used for publicity purposes in connection with the broadcast of the programme as licensed by BBC Worldwide Ltd & must carry the shown copyright legend. It may not be used for any commercial purpose without a licence from the BBC.
© BBC 2009

How I’ve gotten to episode 12 is beyond me, but I haven’t gotten much sleep these last few nights………