As we come up on Thanksgiving my Facebook feed is starting to fill up with commentary about “The real history of Thanksgiving.”   Most of it is true, and most of it I am familiar with.  America was built on the backs of people who shared their labor and their knowledge.  Rather than responding with gratitude, our white European fore bearers appropriated their gifts and made sure their stories written out of history.

So I want to take some time to be grateful.   I am grateful to be able to live on this bounteous beautiful land.

I am grateful for wild rice, and corn, and pumpkins and all the food that is indigenous.  I’m grateful to see tribal people standing up for their land rights against fracking and pipeline building, knowing how destructive those technologies are to the environment.  I’m grateful for the people who share the history not taught in our schools and who tell the stories of the downtrodden.

I’m grateful for print and color patterns and architectural wonders that were never a part of my European heritage.  I’m grateful for literature with points of view that are different from my own, but which make it easier for me to shift my own perspective.  I’m grateful for the music, the meditation, and the technologies that make my life easier and more pleasant. 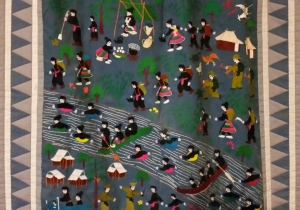 I’ve recently started an online meditation series Headspace.  As I move through the meditation lessons they ask me to reflect on who else benefits from my practicing these techniques.  Trying to build a business speaking on spirituality I ask myself, “who do I serve?  Who needs to hear what I have to say?”

I think the cultures and people who supported the development of this country had that attitude.

I think our culture has an attitude of “What do I get out of it?”   I’d rather live with the former. 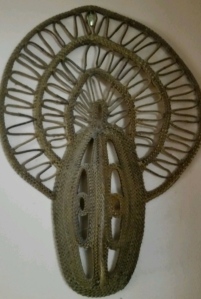 I’m grateful for the opportunity to try.

This time between Halloween and Thanksgiving is often a breathing space for me.  I’m lucky enough not to have to host the Thanksgiving event.  Even my expected contributions towards the food are pretty simple.

This year, with a blanket of snow on the ground that appears to be here to stay, I’m even more inclined to take some “time off”.  All I want to do is curl up and hibernate.

Maybe it’s the longer, darker days.  Even night owls are “brighter” during the full moon.  Last weekend the moon was new, which means those nights are darker and seem longer.   Maybe it’s the cold.  Even with the furnace on, crawling out of a warm cozy bed in the morning isn’t appealing.

I’m just 4 months post bariatric surgery.  Heavy foods don’t really sit well and even if they do we’re talking one bite.   I really wanted a hamburger the other day.  I ran out the door so breakfast was haphazard and lunch was late.  My mind had me stopping at a restaurant (like Fuddruckers) and getting a 1/3lb burger with cheese and bacon on an artisan bun with a side of fries and a salad.

I did stop at the store on the way home to get some hamburger I didn’t have to thaw.  Picked up some cheese as well.  I made a 2oz burger with cheese and ½ a piece of bacon and some barbecue sauce rather than ketchup.  I made a little (¼ cup) salad with lettuce and tomato (one small slice diced) and some balsamic dressing.    It was really too much.  And it was also really plenty to satisfy that craving.

Orion got a serious burger and fries for dinner.  I still wasn’t hungry.  In fact he got dinners from that pound of hamburger for several days.  My second 2oz burger is still in the refrigerator.

Thanksgiving marks the end of autumn for me and the beginning of the winter holiday season.   I’ll let Orion listen to Christmas carols in the car.  (He’d be happy having them playing year round.)  I’ll come out of hibernation and start baking and planning for the holidays.

In the meantime, maybe I’ll just relax and enjoy a little bit of quiet time.

It has been two weeks of paying big bills – all at once – with money I may or may not actually have.  That’s always fun, isn’t it?  The car insurance was due, there was a registration for a conference,  I have my car in at the shop today for winterization and its 60,000 mile check-up and of course the contract for plowing.  It doesn’t rain but it pours, except at this time of year when it snows.

out the window this Monday morning.

I’m not sure if I got the contract in early enough to get this “snow event” covered.  (I kept holding back on sending it because of that iffy money thing.)  They certainly hadn’t come before I left the house this morning.  Thing is that Orion needs to leave before me.  Have you ever pushed a wheelchair through the snow?  They’re not exactly designed for that kind of travel.  Maybe if we had sled dogs!

The plows haven’t come through yet, so at least there wasn’t a huge mound at the end of the driveway.  Getting an electric ramp to lower – flat – over one of those mounds is next to impossible.  My plowing needs are complicated.  It’s been years (10+) since I’ve even considered picking up a shovel.  Those bus drivers (bless them) have occasionally gone above and beyond and made a path. Mostly I’ve been dependent on husbands (not an option anymore) or the plowing contract.

But today I bundled up and gave it a go!  Got Orion ready.  Shoveled a path for him down the driveway.  Got dressed and drove, on glare ice, to the dealership and am taking care of business.  It feels really good to be ABLE to do all of that in one morning, and still have a brain.  I’ve been writing this post in my head since last night.  While I wait I’ve finally got time to write it down.  That kind of busy is still new to me.   I really am enjoying it.  There are definitely things more important than money.

Be safe this winter driving season! 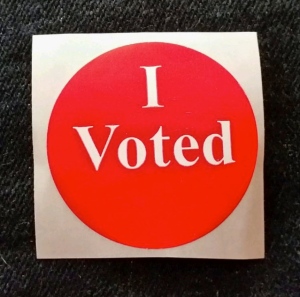 Mid-term elections.  What’s the point?   There are a lot of them actually.  It’s easy to get caught up in the Presidential races.  There’s a lot of money, a lot of time, and a lot of hype that goes into those campaigns.  It’s a high-profile race for a high-profile job.

Thing is, the mid-term elections are for jobs a lot closer to home.  The legislators aren’t representing the whole country, but your state.  The state office holders are representing your district (which at least includes your neighborhood).  City office holders determine things like snowplow schedules and lawn maintenance rules.

Yes there really was such an organization!

On the heels of Samhein, Halloween, All Saints Day, All Souls Day, Dia de los Muertos I am reminded that many of our ancestors fought hard for the right to vote.   Women couldn’t vote in this country until 1920.  That’s 145 years that we couldn’t vote and less than 100 that we could.  Blacks, or at least black men, were theoretically given the right to vote nationally in 1870.  In both cases there was strong enough opposition that people actively worked to keep blacks and women from the polls.

From the Minnesota Historical Society: Proceedings of the Convention of Colored Citizens of the State of Minnesota program, 1869. This program was presented at the first political convention black Minnesotans held after gaining the right to vote. The celebration held on January 1, 1869 in St. Paul also marked the creation of the Sons of Freedom, the first African American civil rights group in Minnesota.

When we vote we stand on the backs of those who went before us.  As disenchanting as the system may be it still works better when there is more participation.   My daughter says she’s often not happy enough with either candidate to vote for them.   I explained to her about how people get to be on the ballot.

If there is a certain percentage voting for your party in the previous election, that party is automatically included on the ballot for next one.   I have voted for a 3rd party candidate just because I believe we should have more than two choices.  If I can’t vote for someone I like, I can at least vote for inclusion.

Minnesota has historically high voter turn out.  We are often highest in the country or at least in the top 5.  We tend to average about 67% turn out.  This year may be higher as they’ve expanded the rules for absentee ballots.   You no longer have to actually be absent.  Anyone could go down to their city hall and request a ballot, or request one on-line.  The city halls are set up as polling places, or you could take it home and mail it in (or drop it off another day). 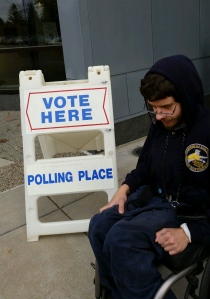 City Hall was set up as a polling place, but we brought our ballots home.

Orion and I took full advantage of that this year and voted early.  It was much easier for us than finding our polling place (which moves depending on the year.)   It also meant we didn’t have to stand in line.  Additionally the accommodations for Orion’s disabilities are much more readily addressed at home than in a busy polling place.

So please, honor your ancestors and vote.

Apparently I’m not the only one who feels this way.  After the election this gravesite was visited by a number of women and decorated with their “I Voted’ stickers.