← Wake Up
Standing in the Wind → 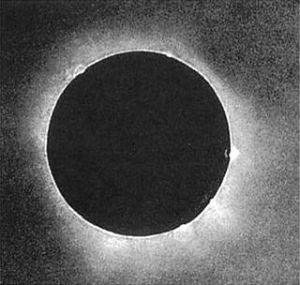 I tripped a breaker, the one that powers my refrigerator, last Thursday.  I couldn’t get it reset.  My internet connection has been out, or at the very best intermittent, all weekend.  I’m not even sure this blog will go out!

I know I will be “off the grid” for much of the week, and definitely over the coming weekend.  I know I won’t post a blog next Monday.  It seems like I’m getting “messages” to unplug.

Historically, events like today’s eclipse were seen as signs and portents.  Even in cultures (and there were more of them than you might think) that could predict these events they carried weight and meaning.  Our country is braced for today’s eclipse.  Fed Ex has a note on their site anticipating delivery delays due to this astronomical event.

When the calendar shifted into the new century, we were braced for a huge computer crash.  There were “signs” everywhere.  Nothing seemed to happen.  Still, the world changed even as it went on.  People stopped believing in the “dramatic predictions” of the science community.

Again we sit in anticipation.  It may seem as though nothing happens.  The world will go on, and the world will change in ways even the best prophets could not predict.  There is some division if this “portent” is of collapse or renewal.  I suspect that ultimately that’s up to us.

← Wake Up
Standing in the Wind →