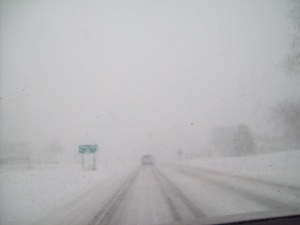 This is the time of year when cabin fever really starts to set in. Imbolc, Groundhogs day, Candlemas the mid-marker  festivals of the season.  For much of the country 6 more weeks of winter sounds like a lot, but it’s countable.  For us it’s 6 more weeks before we can even start counting! Mid-March is a great time to start seedlings indoors where I live.  There is no hope of planting even peas and kale until May. (Well, sometimes we get lucky and risk takers will put a little something in at the end of April, but it’s rare.)

These winter holidays are very important for us.  They provide a break in the routine, a chance to get out of the house and socialize.  Another Monday when schools and roads are closed because it’s too cold and too windy.  Blizzard conditions make getting out of the house seem a little like a pipe-dream.  But we do it.  It is -20F this morning (with a windchill below -40.  Do you know that -40 is the temperature when Celsius and Fahrenheit meet?  When you live someplace where that temperature is a reality you learn that kind of trivia.)

They’re talking highs at 20F on Wednesday.  We’ve been up and down that 40-50 degrees a lot this year.  It’s hard on a body.  To us that 20F will feel like a heat wave.  Minnesotans will go out to the mailbox without their coats.  They’ll leave hats and gloves in the car.  A friend on Facebook said “you know it’s been cold when you’re out shoveling at 15F and need to take your coat off because it’s too warm!” We’re a little crazy that way – stir crazy.

I didn’t put on a coat when I snuck out to snap this photo.

Another really perverse factoid about the winter weather here is that when it’s cold it’s usually really sunny.  The snow reflects that sunlight and so it’s bright enough to need sunglasses.  Those festivals all celebrate  the return of longer days, the return of the light.  The sun rises noticeably earlier and sets noticeably later.  The further north you go the more dramatic those differences are.   Minneapolis is on the 45th parallel.  That’s half way between the equator and the top of the world (or the bottom if you’re not Northern Hemisphere biased).  About this time of year a typical office worker begins to notice that they are driving to and from work in daylight rather than darkness.   A nice change of pace.  But being able to see the light sometimes makes you want it even more.

Wikapedia says:  When experiencing cabin fever, a person may tend to sleep, have distrust of anyone they are with, and an urge to go outside even in the rain, snow, dark or hail.  Maybe that’s why we have a winter carnival with ice castles,  kite flying on frozen lakes, winter witch camp (which is actually in Wisconsin, but if you fly in Minneapolis is the closer airport), and parks that rent cross-country skis and snowshoes.

Today the University is closed because the weather is so bad, but the Metro Mobility buses are running.  Orion got bundled up and sent of to his day program and we’ll make it to adaptive Yoga tonight.  We’re getting ready to celebrate Imbolc this coming weekend and in the meantime working on staying warm and not getting too stir crazy.

As we approach the autumnal equinox I am finding myself torn.  On the one hand I feel this “start-up” energy that comes with the beginning of school and the bounty in the gardens.  On the other hand I recognize the shortening of days, the approaching darkness.

After this coming weekend our nights will be longer than our days.  This is great for romantics, evening walks in the cool sunset and not too late nights under the stars.  This is not so great for mornings, getting up before the sun makes getting up that much harder.

Spiritually, the dark side of the year is an opportunity to explore the “hidden” parts of ourselves.  This can be working with darker aspects that we don’t like to acknowledge or just spending more time in quiet meditation.  It’s a time to work through old issues and clear out the attics of our souls.

It’s also a time to nurture ourselves.  Those tender seeds sprouting from that fall planting need time to gain strength before they break through into the light.  There is the nesting that comes with the harvest season.  The gardens are put to bed, fruits and vegetables canned.   I have an urge to bake, keeping the house warm without turning on the heat.

This is my third blog on the autumnal equinox.  I’ve written about Choice and I’ve written about Balance.   This year though I am headed into the darkness.  I’ve reached an age where it’s important to me to be honest with myself about myself.  I have to look at making some changes to my lifestyle, pruning away the things that interfere with my ability to truly prosper and grow. 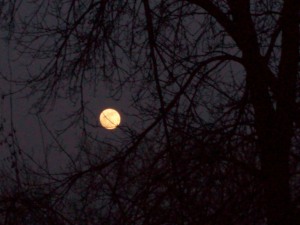 These are small seeds I plant in my heart this season.  The dark is scary and compelling.  There will not always be a light to guide my way.  I’ve commented on several of your blogs how facing fear, taking the risk and moving forward is the best way to grow confidence.  Maybe I’ve been talking to myself all along.

Blessings on your equinox.  May the balance shift in your favor.