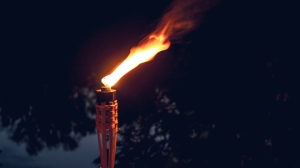 Facebook has exploded with photos, meme’s, commentary, and disgust at what happened this weekend in Charlottesville.  I’ve got friends, People of Color, who are triggered.   I would be too.  Free speech is one thing, but Hate Speech is not protected under the 1st amendment and this entire rally was about Hate specifically directed at People of Color.  They should never have gotten a permit under that premise.  Even allowing the ACLU supporting their right to march, they should have been shut down as soon as they showed up with torches and weapons.

The meme’s that truly twist my gut are the one’s that compare the police responses.  Charlottesville vs Ferguson (actually, according to some eye-witness responses I’ve read the most aggressive police actions in Charlottesville were against the unarmed counter-protestors.)  Charlottesville vs Standing Rock (When the Nazi’s showed up armed where were the high pressure water hoses (in freezing temperatures) and the rubber bullets?).  Most terrorist acts in this country have been committed by alt-right, white, males.  Why aren’t we more afraid?

Well, some of us are.  The problem is that most of the “authority” in this country is also white and male.  I guess it’s harder to be afraid of someone who looks like you.  People of Color know.  None of them are surprised by the way things went down in Charlottesville.  Women know too, but we’ve been taught to stay silent, to accept that ‘boys will be boys’.

How often in my life have I remained silent when someone has spouted aggressive, hateful language?  How often have I neglected to come to the defense of people I love, who society has marginalized?  I have heard comments about People of Color, Gay people, Trans people, Disabled people, People of Faith and I have not always spoken up.

Small excuses lead to big actions.  When someone is not called out, it gives them permission to continue.  When no line is drawn there is implicit permission to escalate.  What happened in Charlottesville is not acceptable behavior.  Anyone who can’t see that needs to take a good look at why they support rude, hateful, hurtful, and inconsiderate behavior and recognize that it is supporting that kind of behavior that is truly evil.