Last week I did a double post so I was hoping I could skip this week.  It’s driving me nuts.  Maybe it’s the guilt I’m hearing a lot of people express.  It’s summer and things seem to move at a little more leisurely pace.   So we guilt ourselves about “not doing enough”.  Silly really.  Who needs a dose of stress along with summer heat and allergies?

Since I felt the need to say something (even if I’ve little or nothing to say) I thought I might take some time to notice a few things. 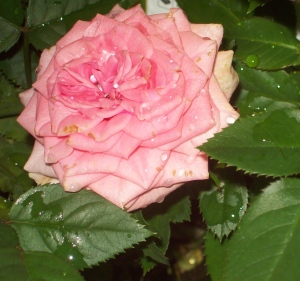 1. Stop and smell the roses.  They are gorgeous and in full bloom.

2. Look up.  The moon was full on Sunday and it’s still beautiful in the sky.  If not the moon, then try Fireworks from the county fairs, or Northern lights, or fluffy clouds or watching the summer storm on the horizon.

3. Look down, especially along the sides of the road.  I have a friend who says, “Weeds are just unwanted flowers.”

4. Breathe.  I know sometimes it’s hard because the air is thick and so are the grasses and pollens.  But slowing down and taking a minute to just be in the moment is so much more pleasant than worrying about all the things that didn’t get done. 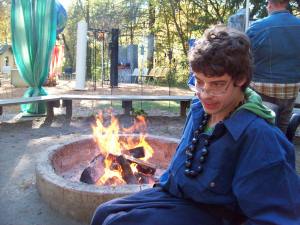 Orion and I went and saw As You Like it.   Shakespeare in the park is a summer treat.  I’ve spent an hour outside “saying goodbye” to friends more times in the last month than I can count.  You may not know about Minnesota goodbyes, but we do tend to forget that we’re leaving and get caught up in another conversation on the way out the door. (Or in this case on the way to the car.) I’m debating mid-afternoon naps and lawn chair reading.  Enjoy the summer, there’s not as much left as you think! 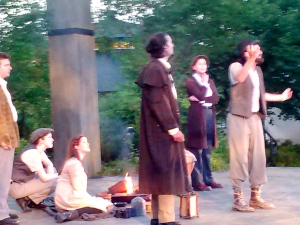 Cell phone and distance, maybe I should add batteries for my camera to the list of things I haven’t done……

Four days will quickly steep themselves in night; 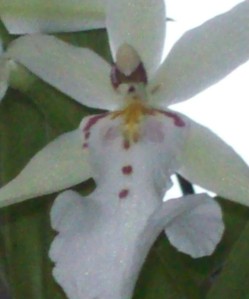 Four nights will quickly dream away the time;

And then the moon, like to a silver bow

New-bent in heaven, shall behold the night

The summer solstice will soon be upon us and it is also the week of the new moon.  It seems fitting somehow to return to Shakespeare.

I’ve always found it odd that the solstice’s are “mid-summer and mid-winter” but that they also the official start of the season.  It’s a confusion of science, climate, farming and mythology.   Those of you who are out haying this week surely understand the feeling of the solstice being midsummer.  Those of you with school aged children are just starting the season out and already counting the days until it’s back to school.

When I was a child midsummer was marked, not so much by the solstice specifically, but by the opening date of the municipal pool.  (Usually the same week that summer “officially” began.)  I had swimming lessons in the morning and then time for a quick lunch before the pool opened to the public.  We literally spent all day in the water.

I was a theater kid.  I did plays in school and went to any puppet show or children’s theater production I could get to.  Those were the days when our local children’s theater company did a summer production in a tent.  It was like going to the circus without the smell and with a real story line.  I loved it and was incredibly disappointed when they moved the program indoors and then lost the funding.

Midsummer Night was the first “grown-up” theater production I ever saw.  It was my first time at the Guthrie.  I went with my Jr. High School.  Technically this was a field trip for the 8th and 9th graders over 15.  I was not only in 7th grade but young for my class at only 12.   Luckily I had a friend in one of the upper grades who was too sick to attend.  (I think he broke a leg and got an infection) so I got permission to take his ticket and tag along.   I was truly enchanted.

All of those memories serve as color and background to my understanding of midsummer as a Wiccan Sabbat.  A high holiday on the calendar that I find gets marked in very odd ways.   I have done midsummer rituals based on Shakespeare, inviting the fairies to come romp and do mischief.  I have done midsummers that were more about the time in the pool than the ritual.  It’s an odd holiday because it’s too hot to be serious and too important not to take seriously.

The summer solstice is the longest day of the year.  From this point onward our days get shorter and our time in the backyard without the arrival of dusk and mosquitos more limited.  Often the mythology around the Sabbat involves the honoring of the sun at the height of its power.  The celebration of sun worshipers around the world.  It’s a very inclusive, a rumpus with roaring and sometimes gnashing teeth.  A celebration of “Wild Things.” 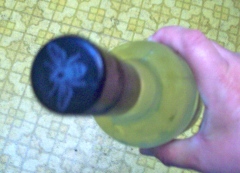 The full moon in June is the honey-moon (pun or maybe entomology intended.)  The brewers celebrate this Sabbat in fine form.  The mead making parties are quite popular and so are the parties where everyone opens a bottle from the year before and compares results.

I think my ideal summer solstice celebration might just be sitting in a pool with a glass of mead making a toast to the sun. 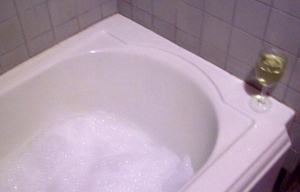