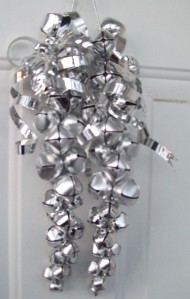 Starting with an update from last week, I ended up purchasing a new computer and transferring the data.  I don’t think I lost anything (except money)  YEA!   New computer came home Friday afternoon.

Dinner Friday evening was a surprise.  The oven failed to light.  Now, I’ve been struggling with this stove for awhile and I know the oven’s been acting up.  Since I still couldn’t get it to light by Sunday I resigned myself to a new stove as well.  I have been resolved to get a handle on my financial situation for awhile now.  This is not helpful!

The New Oxford American Dictionary that came loaded into my laptop defines resolution as follows:

resolution |ˌrezəˈloō sh ən|noun1 a firm decision to do or not to do something : she kept her resolution not tosee Anne any more | a New Year’s resolution.• a formal expression of opinion or intention agreed on by a legislative body, committee, or other formal meeting, typically after taking a vote : the conference passed two resolutions.• the quality of being determined or resolute : he handled the last French actions of the war with resolution. See note at courage .

2 the action of solving a problem, dispute, or contentious matter : thepeaceful resolution of all disputes | a successful resolution to the problem.• Music the passing of a discord into a concord during the course ofchanging harmony.• Medicine the disappearance of inflammation, or of any other symptom or condition.

3 chiefly Chemistry the process of reducing or separating something into its components.

I happen to prefer the second definition especially at this time of year.  The action of solving a problem or a contentious matter.  The passing of discord into concord.  I suspect that most of our New Years resolutions stem from some kind of discord in our lives, dissatisfaction with ourselves or desire for something different.  The proclamation that we’re going to resolve that problem in a years time is often quite ambiguous.  I resolve to lose 100 lbs this year.  There is no real plan of action for how to go about that momentous task.

When I make a New Years resolution I usually manage to hang on to it for about 3 weeks.  When I approach a problem with resolve I’m much more likely to gnaw away at it until it comes into harmony.  I’m likely to pick it apart and find out what I can get done immediately.   I worry the rest of it until either I solve the problem or decide it isn’t worth continuing to fuss about.  Then I cheerfully leave it behind without any guilt or concern that I failed.

It seems to me that a New Years resolution is like credit card debt.  Great instant gratification and guilt for an extended time down the road.  Sadly, as I’ve found this year, sometimes that credit card debt seems pretty unavoidable.  Unless of course your resolutions tend to be more in line with the old custom of Braggarts Toast.  The drinking game where each in turn says they are going to do some great deed topping the last toast made, and we all drink to that. 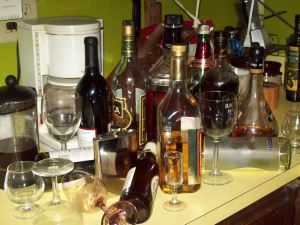 I decided a long time ago that I was giving up on New Years resolutions.  I didn’t like beating myself up for a month over it.  I do a little better with shorter term goals that with this kind of big promise.  I do think it’s a good time of year for visioning.  I like to take a little time out to meditate on how I would like my life to look, how I see myself, in December next year.  Because this is a wish, there are no strings attached.  Often though, the visioning can serve as a carrot throughout the year to get myself somewhere I really want to be.  Better for me to work towards something than against.

I hope that whatever you’ve resolved, what ever issues you have resolve about, and whatever New Years visions you hold that the coming year holds many blessings and pleasant surprises.  I wish you great joy and laughter in 2012.  May your spirit be filled with love and peace. 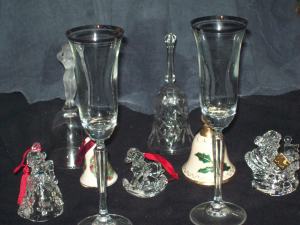